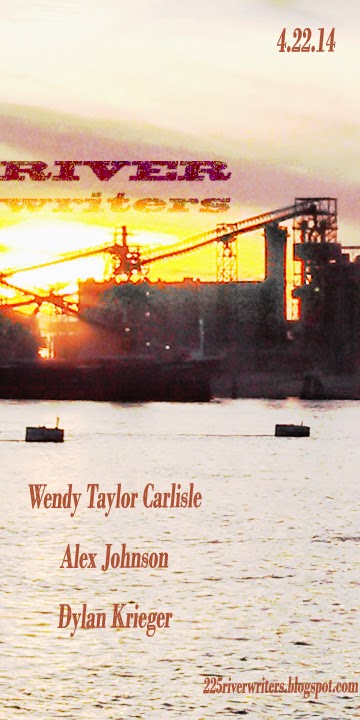 pop up river can't compare
to the poetry of three
wendy, alex, krieg-- 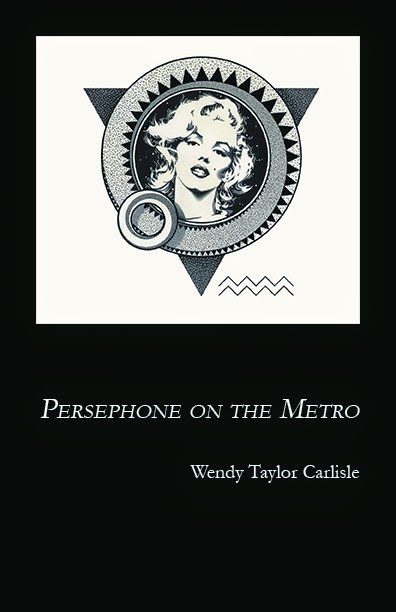 Wendy Taylor Carlisle lives in the spaces between Texas and Arkansas, Arkansas and Missouri, Texas and Louisiana.  She is the author of Persephone on the Metro (MadHat Press, 2014), Discount Fireworks (Jacaranda Press, 2008), and Reading Berryman to the Dog (Jacaranda Press, 2000). Among the anthologies that include her work are Affirming Flame: Writings By Progressive Texas Poets in the Aftermath of September 11th, The Poets Grimm, Is This Forever, Or What?: Poems and Paintings from Texas, and Letters to the World. Her chapbook, After Happily Ever After, was published as #15 in the 2River Chapbook Series. Her poems have appeared on line at Fringe Magazine, Ghoti Magazine, Salt River Review, 2River View, The Arkansas Literary Forum, Unlikely Stories, StorySouth and others and in print in CiderPress Review, Cardinalis, Windhover, Borderlands, Ekphrasis and others. She has won The Bernice Blackgrove Award for Excellence, The Lipscomb Award from Centenary College, and a Passager Poetry Contest Award.

Alex Johnson, also known as “PoeticSoul,” is originally from Lafayette and has been writing since her teens. She has performed for many special events including Festival International, the Festival of Words, and 100,000 Poets for Change. Alex performs in Acadiana at venues including the Acadiana Center for the Arts, Cité des Arts, and for Patrice Melnick’s Artist Series. Recently, she founded and hosts Lyrically Inclined, a slam and open mic series.

Alex has worked with Volunteers of America and Project S.O.U.N.D. and has spoken to classrooms spanning Lafayette and St. Landry Parishes about the power of writing and self-expression. She is a strong advocate for community service and working with the youth. Through her community involvement, Alex strives to “show the youth where the volume button is. They are the voice of our future and need to be heard to make a difference.”

Posted by The Exceptionalist at 8:16 PM